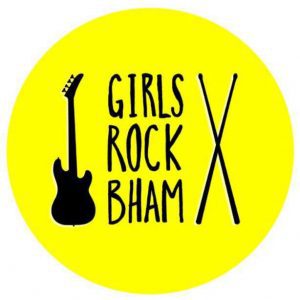 Who does your organization benefit/serve?

What makes your organization unique?

Girls Rock Birmingham is a nonprofit program that fosters a solid foundation for young girls to grow confidently as individuals while developing rewarding musical skills. By participating in workshops and technical lessons, the girls become empowered by their newfound abilities, self-awareness, and sense of belonging. Led by positive female role models, the girls are exposed to the possibilities and benefits afforded to them through the enjoyment of music making and performing with their peers. Girls Rock Camp Birmingham knows every girl is a rock-star and that by learning to work as a team they will grow to be great leaders in their community!

Workshops, classes, and band practice are led by volunteers. We strive for camp to be a week that is super fun and meaningful for campers from a variety of identities, perspectives, and experiences.

Girls Rock Birmingham is an incredible organization, and we want to be able to bring the life changing opportunity to attend a Girls Rock Camp to as many girls as possible. Getting our name and information in front of families looking for camps, and supporters who would be willing to donate time and resources would be huge for us. It would help us to accomplish so much more!

They Need Your Vote!

1.) The official Cast Your Vote Page