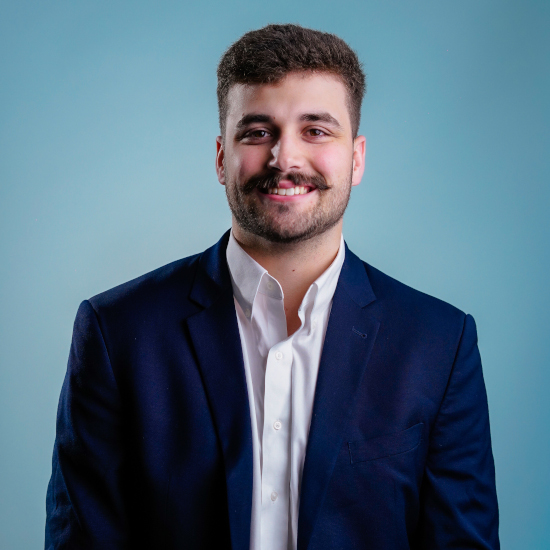 If you’re looking for an athlete who’s also a mathlete, you’ve found him in Jack Carroll. In fact, Jack set out to be a math major at Samford University, only to realize that he wanted a little more creativity and communication in his life. He has always loved the strategy behind running social media for business, and so ultimately, he decided a career in marketing sounded like his ideal adventure.

A native of Lexington, Kentucky, Jack comes from a lovely family best known for sharing a bottle of bourbon over a board game while dogs and chickens run amok. The number of dogs fluctuates depending on which of Jack’s siblings has brought theirs over, but the number of chickens remains as steady as Jack’s hand while he pours you a nice glass of Kentucky bourbon.

Working as a Marketing Consultant is the perfect job for someone with a blend of skills like Jack’s. His natural ability with numbers gives him an edge when it comes to interpreting analytics for our clients, and his charming, buoyant personality makes him a joy to be around. The simple fact that he survived the beginning of his time at Uptick shows you just how tenacious Jack is—he came on board in February 2020, which, as we all know, was about two weeks before the world shut down. It’s hard to start a new job; it’s exponentially harder to start a new job in the middle of a pandemic and somehow become one of the company’s top Marketing Consultants in spite of the odds.

When he’s not at work, you’ll probably find Jack on the ski slopes or hiking through a national park. He loves watching movies with friends, adding new music to his 100 existing playlists, and cultivating what is undeniably the best mustache in the office (although he will admit that it’s also the only mustache in the office).

TV Show He Quotes the Most:
Spongebob Squarepants
Social Media Platform He Has Two Accounts On:
Twitter (“I just tweet that much.”)
Favorite Coworker to Argue With:
Jason “W” Woodard