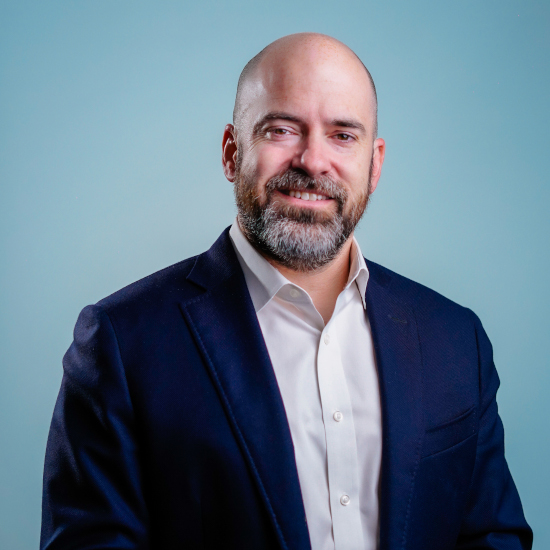 One of the many reasons Jason Lovoy makes an ideal leader is his ability to remain “one of the people” while also casually building his two businesses to enviable levels of success. Jason serves as president of both Uptick and Infomedia, overseeing company logistics and operations for approximately 60 employees and working behind the scenes to make sure we (the aforementioned employees) have a safe, inspiring place to work. There’s always someone or something vying for his attention, but even so, Jason’s never too busy to go for a beer at TrimTab and hear our latest ideas or talk through a tough situation.

He may have come from the web development world, but Jason’s business skills and passion for marketing have served him well in his role as Uptick’s president. When Uptick first launched as the marketing division of Infomedia back in 2014, Jason was the natural choice to take ownership of it and turn it into its own company in 2015. Under his leadership, Uptick has become a well-recognized name in Birmingham’s business community, and is quickly making a name for itself beyond the city limits.

In his 20+ years of marketing experience, Jason has received several awards and recognitions, including AAF Birmingham’s Business Leader of the Year (twice!) and Birmingham Business Journal’s Top 40 Under 40. He has served as the Marketing and Communications Chair for EO Birmingham, and as the Chair for EO Birmingham’s Accelerator program. Additionally, he served a 3-year term as President of the Board for AAF Birmingham and as Chair for the ADDYs. He is active in his community and serves on the board for First Priority of Birmingham and First Priority Global; he’s a deacon at Cross Creek Church and the head of the Personnel Committee there; and he’s a member of the Planning and Zoning Commission for the City of Hoover.

A quick glance at Uptick’s Google reviews proves that Jason isn’t just beloved inside the company, but also outside. Many of our clients have worked with Jason (or at least met him) and have remarked on his friendliness, natural business sense, and ability to get results. He’s well connected in Birmingham and beyond, and anyone who knows him counts him as a friend.

Speaking of “beyond Birmingham,” Jason has built up quite a travel resume. He has journeyed to Israel, China, the UK, Haiti, Jamaica, Switzerland, Italy… you get the picture. If experiencing other cultures makes you a well-rounded person, then Jason is well on his way to becoming a perfect sphere—in spirit, of course. His dedication to Iron Tribe ensures that he stays decidedly non-spherical in body.

His family doesn’t think he’s so bad, either. When he’s not hanging out with his fun and lovely wife, he’s probably asking style advice from his daughters or rearranging furniture at the office with his sons. With four kids, the Lovoy house is always busy, but Jason never hesitates to open it up for an Uptick holiday party or a gathering of family and friends.

But even the most active businessmen must rest. When Jason’s ready to relax, he’s likely to pull up a Seinfeld rerun and kick back with a nice IPA or maybe a sweet treat from Savage’s (but no chocolate and peanut butter together, please; yes, he knows it’s weird). He's also a big fan of the lake, and can be found there on most sunny, warm weekends. Jason may go ninety to nothing most of the time, but he also knows how to have fun—and that’s another of the many reasons we love him so much.