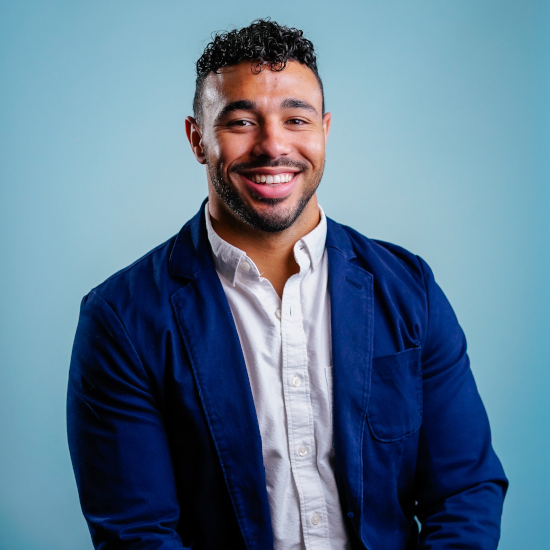 Let’s get this out of the way: Josh can do more push-ups than anyone else in the office. And pull-ups, and squats, and box jumps. That’s what a lifetime of sports and exercise will get you, and Josh’s athletic history speaks for itself. He’s been wrestling competitively from his childhood through his college years at University of South Alabama, and he grew up playing football and baseball in his hometown of Jacksonville, Alabama.

Of course, there’s much more to Josh than a Crossfit physique. He’s into reading and writing, and he loves to try new beers at Birmingham’s local breweries. And if the weather permits, there’s nothing he’d rather do more than go fishing. In middle school, he watched a few too many home renovation shows and decided he would be an interior designer, but ultimately he found himself in the world of marketing—and boy, are we glad he did. (Not that he wouldn’t have killed it as the next Chip Gaines, but you know.)

Josh started at Uptick as a Marketing Assistant, but thanks to his considerable people skills and his ability to learn at the speed of light, he quickly rolled into a position as a Marketing Consultant. He works with Uptick’s clients to develop customized strategies for their business’s goals and budget, and he’s always looking for new ways to get better results. There are a lot of things to love about Josh, but we particularly appreciate his steady demeanor and quick wit—although we haven’t seen him renovate a home yet, so for all we know, that could be his greatest talent.

When he’s not at work, we can guarantee at least one place he’ll be: at the CrossFit gym, earlier on a Saturday morning than anyone should be doing anything. It’s that dedication to excellence that makes Josh such an outstanding person, both in the office and outside of it, and it permeates everything he does. He may be a super nice guy, but don’t challenge him to a push-up contest—he’ll smoke you.