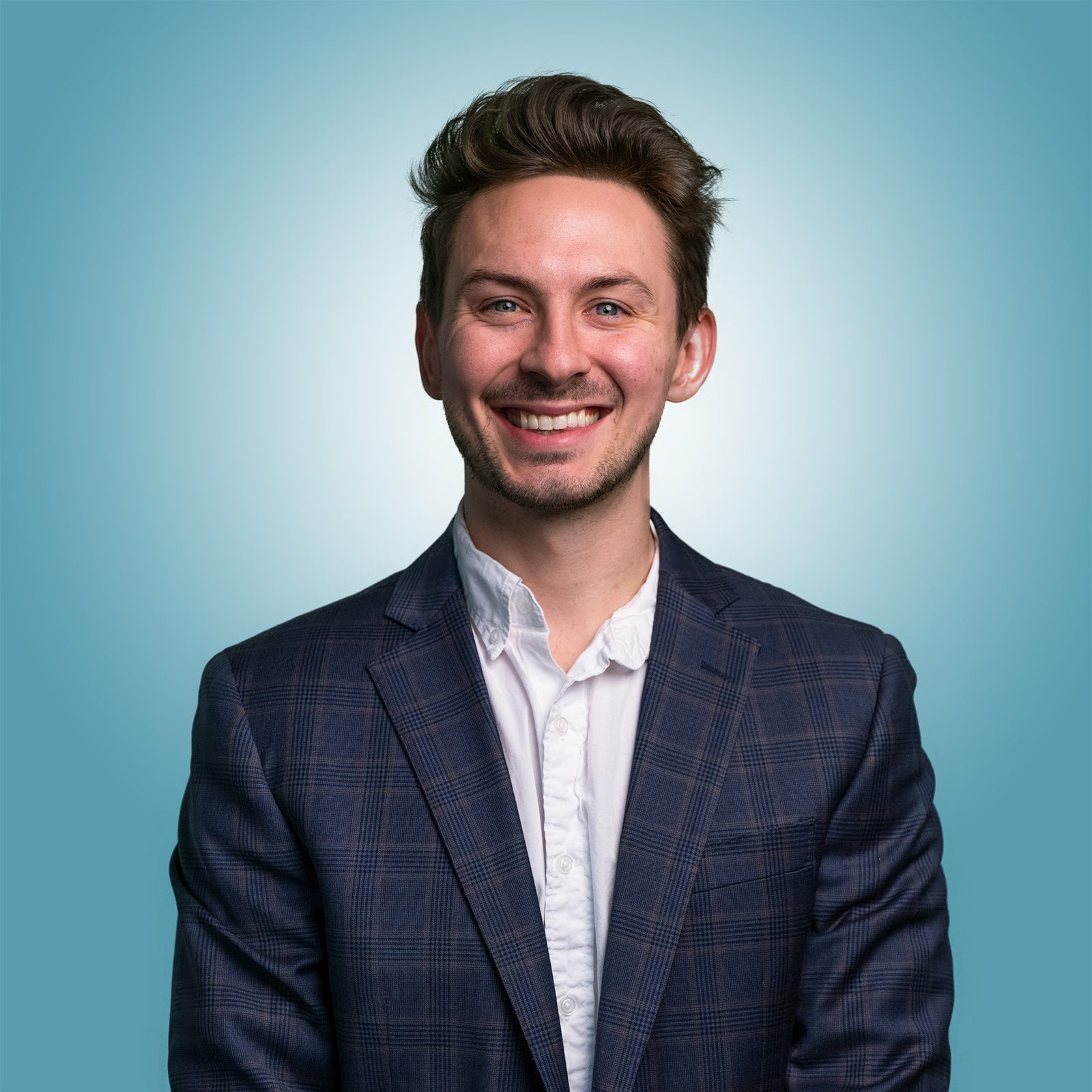 So rumor has it that Stephen has a twin. Rumor also has it that no one at the office believes him. To throw things into an even deeper conundrum, he’s not related to that other Carroll guy at the office (yeah, we’re talking about Jack)—but they do call each other “brother.”

So basically, there’s a lot about Stephen that is just a complete mystery.
We do know a few things, though: He’s local to the Birmingham area and is a graduate of the University of West Alabama. He has always been majorly into soccer and even played at UWA, earning a few big wins along the way. Go tigers!

Also, like many members of the Uptick family, Stephen is the “parent” to a four-legged fur baby. Beckham—the dog—was the one who actually adopted Stephen and his girlfriend, and is reported to be very pleased with his decision so far.

Stephen says he got into the world of marketing by just taking a leap of faith and joining the Uptick world.

So sure, there may be a lot we don’t know about Stephen, but what we do know is that he is a super chill, even-keel guy who is an imperative part of our Marketing Consultant team. So, twin or not, and related to that other Carroll or not, we’ll keep him!

Now just to figure out if, in fact, he does have a twin, does that mean Stephen works at Uptick or is it his twin brother? The world may never know.