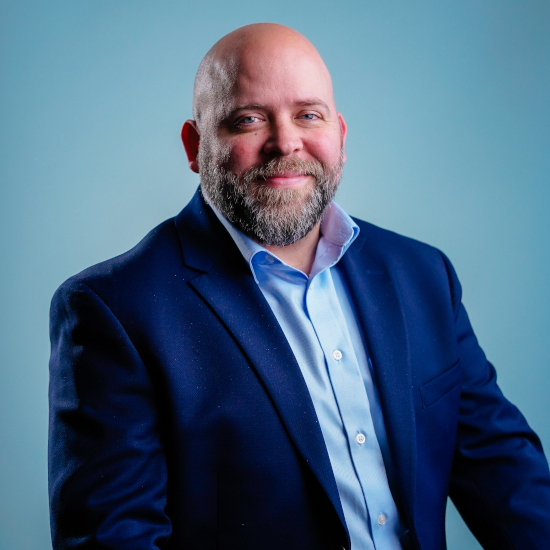 Have you heard the joke about the preaching Marine who reviews your business’s P&L statements and performs “One Day More” from Les Mis after counseling you about all your problems?

You may have seen this coming, but: It's not a joke! This person actually exists. Allow us to explain.

As a Marine, pastor, and former banking manager, Jason Woodard—better known as “W”—is no stranger to navigating complex situations that require a high level of critical thinking. He loves numbers and worked as a bank manager for seven years, which comes in handy since a large part of his job is analyzing data and figuring out the best way to use our clients’ budgets. Before that, he served in the United States Marine Corps, doing tours in Iraq, Japan, Korea, and Thailand. And if that wasn’t enough, he’s been preaching since he was 14 years old.

We know what you’re thinking—What about the Les Mis part? W has a soft spot for musicals of all kinds, from The Greatest Showman to My Fair Lady and everything in between (including, obviously, Les Mis). It’s not uncommon for him to break out in song at some point during the day, and if we haven’t seen him do an Irish jig for a few weeks, we start to get worried.

Clearly, W is a multifaceted person with a wide range of skills, interests, and experience—and all of that contributes to his outstanding work as one of Uptick’s Marketing Consultants. Whether he’s evaluating the effectiveness of a long-time client’s latest PPC campaign or getting creative with the strategy behind a landing page, W is great at asking tough questions that require everybody to think outside the box.

When he’s not optimizing his clients’ marketing strategies, you’ll probably find W spending time with his wife, Nicole, and their kids: Noah, Jackson, Lacey, and Juliet. He also loves to play with Zelda, their Siberian Huskey, and go hiking or kayaking. The question is, can he kayak while also preaching a sermon and calculating the compound interest on a business loan? There’s only one way to find out.