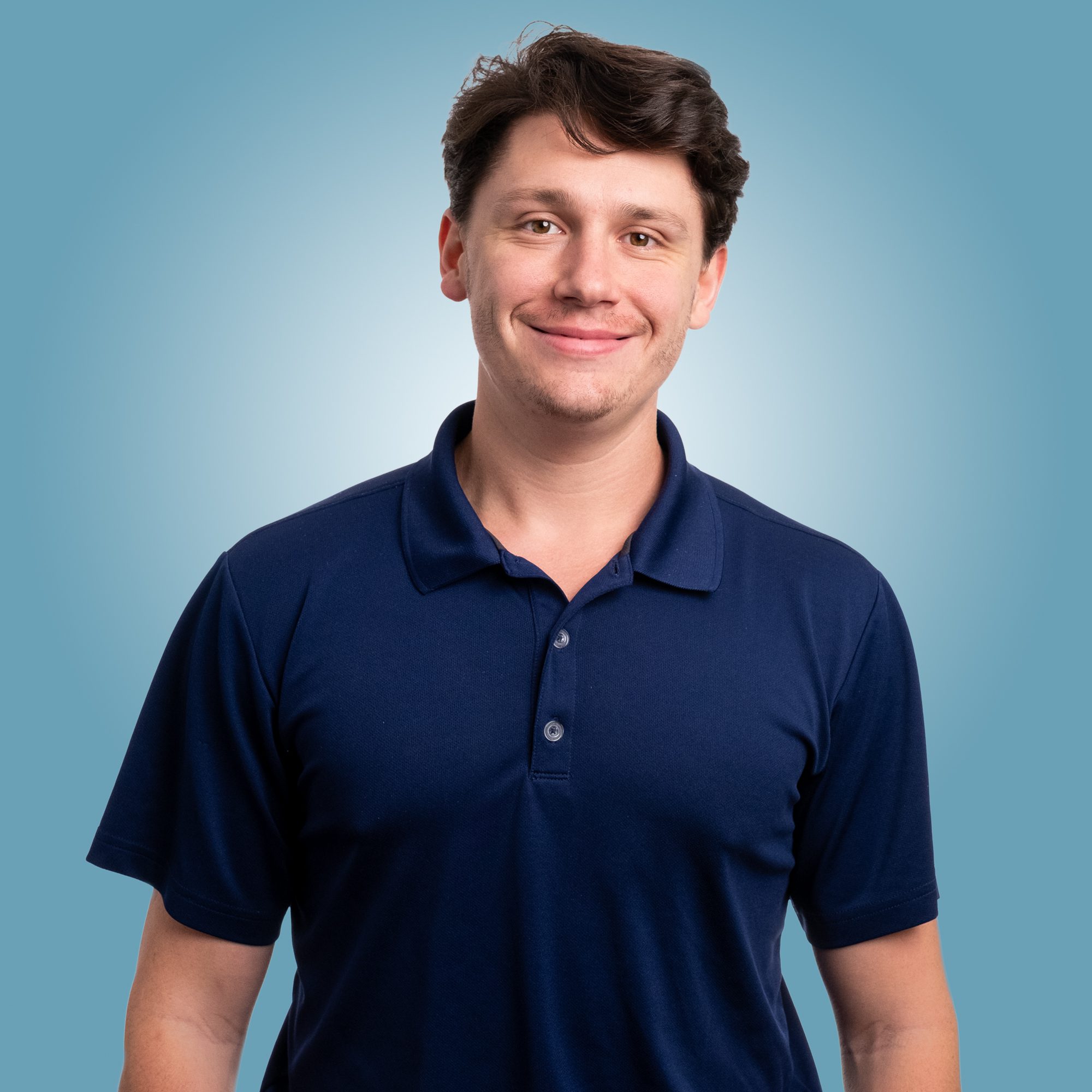 Nope, he’s not the host of Blue’s Clues, but you have to admit William Bounds would be a great substitute for Steve Burns, should the need arise.

He may look innocent, but don’t be fooled: William’s design skills don’t leave anything on the table. From illustrations to branding to layout, no matter what our clients need in the realm of design, William is fully equipped to go above and beyond their expectations. He loves to visually communicate, and he’s passionate about elevating businesses of all sizes through graphic design.

As a high school athlete who played soccer and ran cross country, William thought about becoming a running shoe designer. While he still loves to run and work out, he’s moved on from designing shoes to designing ads, landing pages, logos, and more—but his creative talents don’t stop there. William is also an avid musician; he plays guitar and piano, and even writes his own songs (no, he didn’t write the “Mail Time” song from Blue’s Clues, but he totally could have).