Listen to the full interview:

Birmingham is full of talent, not just in arts and culture, but also in business and marketing. Often, this talent goes hand in hand with a love for the Magic City – and no one embodies that more than Deon Gordon.
Deon is the Director of Business Growth for REV Birmingham, an economic development organization created in 2012 that has its roots in the 1950’s. His role is to help build a small business ecosystem and support group for small businesses and entrepreneurs, who form the lifeblood of any strong and successful economy.
But Deon is interested in more than just helping businesses grow. He’s also passionately interested in the intersection of business and the surrounding community, and how each supports the other for mutual benefit.
Specifically, Deon views how businesses and the community interact with each other as a series of relationships, especially when it comes to how he works. “I don’t look at people as clients or transactions. I look at them as friends and as family,” he says, pointing to the same characteristics at work in the community as in a family: trust, loyalty, support, and giving.

Growing Up with His Hero

Deon didn’t come by this mindset accidentally. Born and raised in Birmingham (and a proud alum of Ramsay High School), he was brought up by his hero – his mother, who raised him by herself. For his entire childhood, it was just him and her. Deon recounts how his mother taught him to give by giving everything she had to him: her time, her love, and her wisdom.
“She used to take me all the way across town to school,” he recounts. “Looking back, I see a pattern of selflessness, of sacrifice, and never taking no for an answer.” Deon’s mother taught him how to chart his own course, while not being afraid to give back the blessings he had received throughout his life.
Deon remembers his mother talking about “pulling yourself up by your bootstraps, and if you don’t have boots, make your own boots.” He says she demonstrated a “consistent pattern of giving.” Together, these two doctrines – which, in today’s America, often seem contradictory – instilled in Deon a passion for using his talents and hard work to make things better for those around him.
Speaking of his mother’s commitment and sacrifice to him, Deon says, “It’s made me the individual that I am today. Every day I try to live my life in a way that would make her proud.”
Deon got to where he is today indirectly. He originally went to Auburn University for architecture – when he was growing up, he would constantly sketch not only buildings, but the Birmingham skyline – but after interning for an architecture firm, he found that it wasn’t the field for him.
Instead, he became fascinated by the fusion of entrepreneurship, marketing, and technology, and began to pursue this new direction with the fervor and dedication that his mother taught him. “After class I started to go to the library until close and learn about marketing and technology,” he says. He started dabbling in websites, mobile content, and even ringtones. He got into social media. And he eventually took what he had taught himself and applied it to the business world, serving as a connector to help individuals and businesses alike adapt to the changing world around them.
In 2008, Deon joined ArtWalk, and also started participating in the Paint the Town Red event for the Red Cross. These experiences would eventually lead to his role at REV.

During Deon’s time at REV, he’s been a part of some of the city’s most successful initiatives. The Zyp BikeShare project launched in 2015 (just two years after the idea was formed) with a network of 400 shareable bikes in 40 kiosks all across the city. The project has been so successful that cities across the world have called asking for info on how the city was able to launch the project. You can see the now-familiar green bikes all over Birmingham.
REV also created the Light Rails project which took several eyesores in the city and transformed them into eye-catching attractions of colorful light.
But one of REV’s most successful projects that Deon is particularly proud of is THE BIG PITCH, a competition featuring small businesses and startups who compete for a total of $25,000. The finalists work with local area business and marketing experts in an intensive one-day boot camp to prepare their pitches, then pitch their businesses in front of judges and potential investors.
Deon characteristically credits others with the success. “We’ve had great partners – the city, the Community Foundation, and others,” he says. These partners “recognize the power of coming together behind an initiative and seeing it through.”
When asked about the secret to REV’s success, Deon is enthusiastic. “We are made up of people who absolutely love Birmingham!” In his eyes, the spirit of giving helps REV and others do what they do for the people of the city, not the recognition. And the organization strives to create a welcoming environment for everyone they interact with, helping all to give their time, talent, and treasures to make the community better for everyone.
Deon recognizes that it takes a network of support for any one person – be he or she a solo entrepreneur, a business owner, or a future leader in school – to be a success. He knows this due to his own experiences.
“I’ve been fortunate in my life to have people that are magnets, people who you get close enough to that they completely change the trajectory of your life.”
What advice does Deon have for marketers and businesspeople who want to better spread the word about themselves? “The best advocates are your current clients and evangelists – those who believe in what you are doing so much that they want to tell other people about it,” he says. “Give them a reason to evangelize on your behalf, but you cannot do that unless you have a relationship with them.”
From being raised by his mother to receiving priceless guidance from mentors and eventually helping businesses grow, Deon lives this lesson on relationships every day. As a result, the Magic City is better today than it was yesterday and will be better tomorrow than it is today.

5 in 5: Five Questions in Five Minutes

A ringtone campaign in college. “Stumbling through trying to get the word out and figure out what would work.”

3.) What do you think is the future of marketing?

Getting back to relationships and that one-on-one connection. Social media can be very powerful, but the one-on-one relationship is what matters. There will be a return to that.

4.) What’s your favorite thing about being located in Birmingham?

Birmingham is still a major city – a top 50 metro with an international reputation – and we are just now crafting what we want to be known for as a city. Are we going to be a culinary destination? A city of green space and outdoor recreation? Or are we going to be a tech city? There’s still an opportunity for Birmingham to write history.

5.) What childhood dream did you give up to go into marketing? 🙂

I am doing exactly what I wanted to do!

A Huge Thanks to Deon from the Uptick Team

Thank you, Deon, for taking the time to talk with us and share your personal and professional experiences! We loved talking with you and look forward to continuing to work with you in the future.

Know someone who would be a good fit for UpTalk? Email uptalk@uptickmarketing.com! 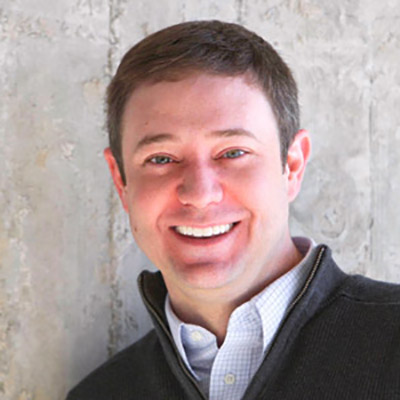 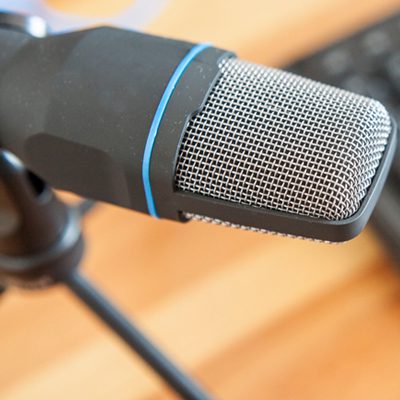