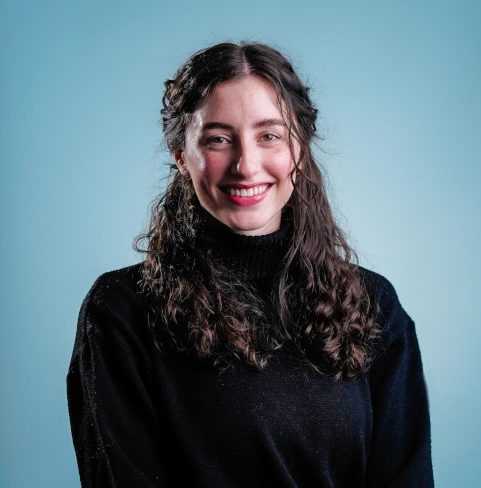 Carolina (that's carol-EE-na) comes to us from Buenos Aires, Argentina, via Oxford, Alabama. She is a graduate of Troy University, where she majored in Anthropology for two and a half years before resigning herself to the fact that she was not going to be the next Indiana Jones. She decided to change her major to something creative, which she had always wanted to do but had felt too scared to commit to—and thus, she landed in graphic design.

If you've seen any of Carolina's work, it won't surprise you to hear that she has been into art since childhood. In fact, she has a notebook from her elementary years where she wrote that she wanted to be a designer. Her second choice of career at the time was veterinarian, but that was before she found out there's more to it than cuddling with animals all day long.

As a designer, Carolina always knew marketing was a career possibility for her, but she never really pursued it until she found a job listing from Uptick that sounded appealing. Her portfolio was amazing, but it was her warm, charming personality that won over the entire company immediately. These days, we can't imagine anyone else leading our creative efforts—both internally and for our clients.

When she's not creating beautiful ads, landing pages, social media graphics, or brand kits for our clients, Carolina is likely to hit the road in search of a great new thrift store. She also spends a lot of time drawing and painting, and of course, designing.

MIDDLE NAME:
She doesn't have one
INEXPLICABLY AFRAID OF:
Water towers
BEST PHOTOSHOP PRANK:
Lance and the office raccoon