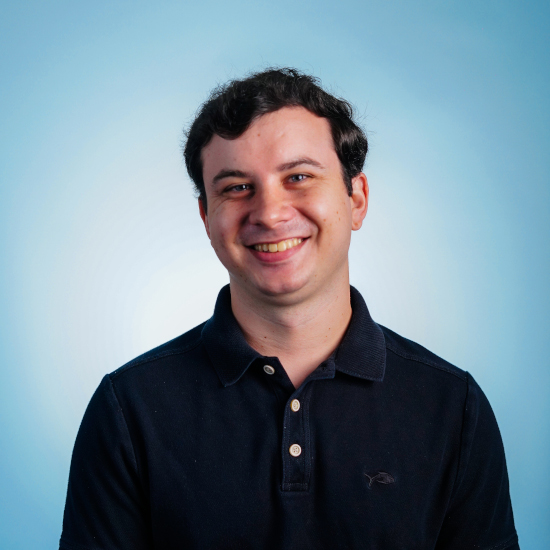 We knew we liked Luke as soon as we met him, and it wasn’t just because of his ability to quote The Office as well as the rest of us. He’s one of the warmest people you’ll ever meet, and as quick as he is with a joke, he’s even quicker with a kind word.

In school, Luke was involved in the band and the creative writing club. He also interned at a local newspaper during college, which pretty much solidified his love of writing. At various times while he was growing up, he wanted to be a doctor, lawyer, or a history teacher, but ultimately, his love of writing outweighed everything else. He knew marketing would give him a place where he could write copy and have lots of fun doing it, so that's what he pursued after college.

Luke has his Master’s degree in technical copywriting, which makes him the ideal writer for Uptick’s more technical clients—from heavy industrial maintenance to scientific research and everything in between. But as our Director of Content Marketing, his duties go far beyond copywriting. From managing client communication to strategizing with the SEO team on keyword research and many other things in between, Luke's job is to bring a client's messaging to life.

When he's not immersed in words at the office, Luke is probably still writing or reading. He loves to write short stories, and reads all the news articles he can get his hands on—that is, if his cats will let him.