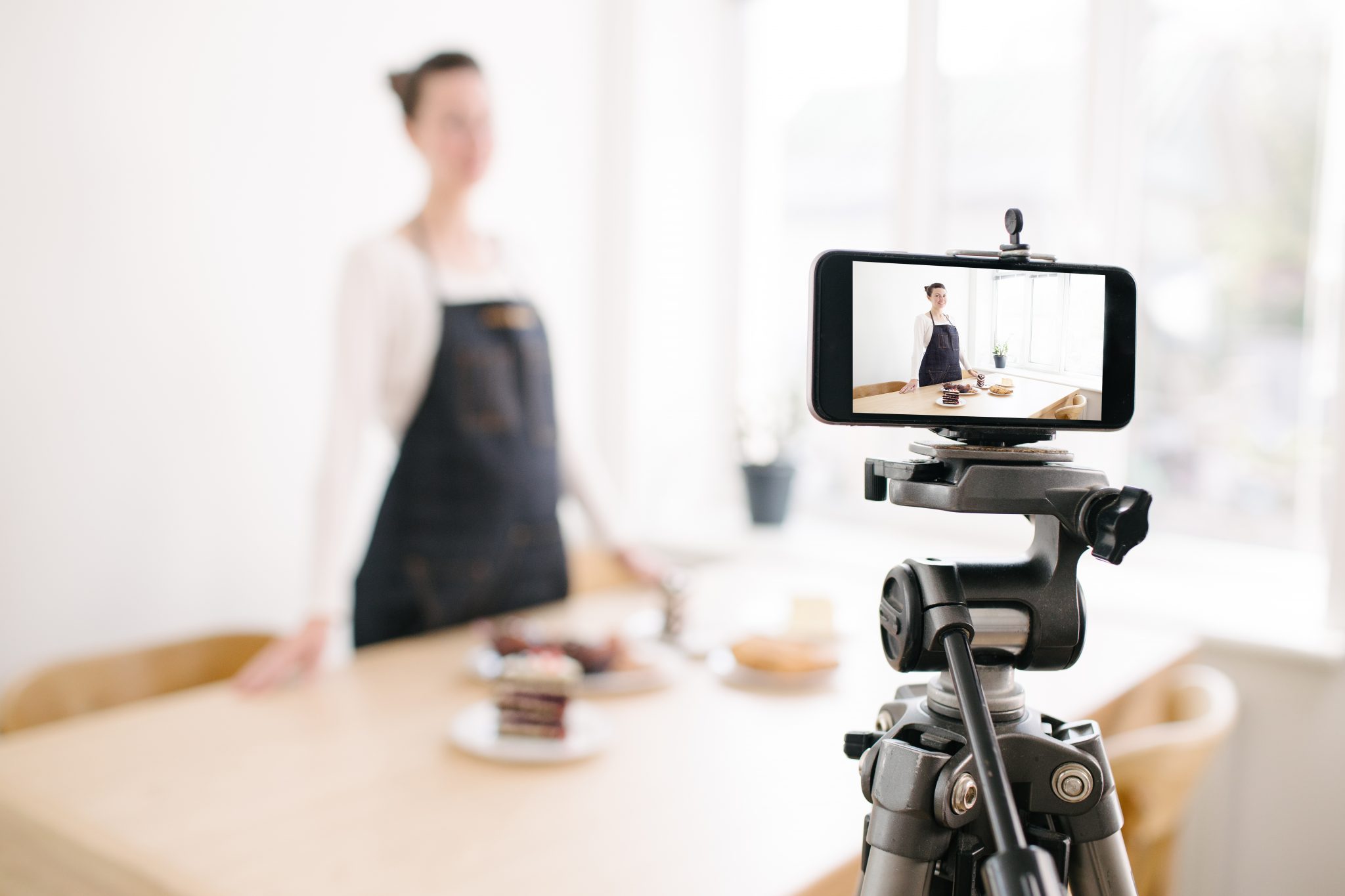 Facebook Live might sound intimidating—I mean it’s live, for crying out loud. Thankfully, we’ve got all the tips you need before, during, and after your Facebook Live broadcast to make sure it’s a success.
When Facebook Live arrived, it revolutionized the playing field for content development. More people than ever use live streaming now, with Facebook video posts growing by around 94% per year in the United States. If that doesn’t convince you, Facebook Live also experiences three times the engagement of traditional videos shared on social media.
Facebook Live is free, and easy to use—making it a super accessible content option. So, how can you take advantage of this engagement for your brand? Here’s what you should do.

Turn to Your Community

Believe it or not, your audience knows exactly what they want. And thanks to social media, you don’t have to guess at what it is—you can ask them! This is one of the easiest and most efficient ways to deliver high-quality content that your audience actually wants. Ask them what they like to see, or what they want to learn from you. You can ask people directly, or run polls if you’re trying to narrow your ideas down.
Letting your audience pick your Facebook Live topic is a surefire way to get them excited about it!

Sure, you want your Facebook Live broadcast to feel “in the moment,” but that doesn’t mean you should just wing it. A huge part of getting the most out of Facebook Live is promoting it before it happens. You should treat your broadcast more like an event rather than standard content, because the promotion comes first. Facebook lets you target certain events and groups with your promotions, which makes Facebook Live perfect for a more focused ad campaign.
Facebook also makes it super easy to hype up an event—just create an event, and invite everyone to it. That way, if they accept, they’ll be reminded that it’s coming up so they won’t forget about it and miss out.
You should also be posting about the event consistently leading up to it—but there’s a trick for that, too. Don’t just say, “remember, we’re streaming next week!” over and over again for weeks. Every time you bring up the future stream, add something new of value. Share a part of what you’ll be talking about, a specific tip you’ll share, or some of the questions you’ll answer. You should be garnering more and more interest with every post.

Facebook Live should feel casual and laid back, but that doesn’t mean you shouldn’t prep for it. At the end of the day, you’re still representing your brand, so it’s important that you give off the right impression. It’s always a good idea to start with a private broadcast so you can see what everything looks like.
Make sure your lighting is good, you don’t have any unwanted clutter in the background, and there isn’t any unwanted background noise wherever you’re filming. You might consider investing in or borrowing a tripod so your audience doesn’t get woozy watching the camera bounce and shake around. Also, and this one’s important, make sure your internet connection is solid before you start.

While you’re setting the stage, take time to think about how you’re going to shoot your video, as well as when you’ll stream it. Decide whether you’re going to film in portrait or landscape, and definitely don’t switch between the two during the video. Try out both options and see how they look.
Consider how you want to deliver your content—will it just be you? Will you have guests? Will this video be in an interview format, or more of a casual conversation? Ask yourself as many questions as you can come up with. The more prepared you are, the more smoothly things will go.

There’s always a best time to do anything—whether you’re posting on Instagram, sending out an email campaign, or launching a new product. The same goes for Facebook Live streams. The last thing you want to do is schedule your video for when your target audience is asleep, at work, or on vacation. So you’ll need to consider what they do, and choose the right time of year, day of the week, and the right time of day. Share your live stream whenever your specific audience is most likely to watch it.

An important feature of Facebook Live to keep in mind is that it allows viewers to join the stream at any moment. That means it’s pretty likely you’ll have some latecomers. Don’t just introduce yourself at the very beginning and then get on with the show—make sure you’re consistently adding context for anyone who might be joining late. It doesn’t have to be long or thorough—you don’t want to annoy the viewers who’ve been watching from the start. It can be something as simple as:
“If you’re just now joining us, I’m Madison from Uptick! We’re talking about Facebook Live, and we just wrapped up some tips for deciding when to share your live stream.”
When you’re setting up your agenda for the video (something we highly recommend doing), pick a few places to sneak in some context at regular intervals, so no matter when your audience jumps on, they’ll feel up to speed.

Live comments are a huge part of Facebook Live. Make sure you’re engaging your audience while you have their attention! When you do that, it feels more like a two-way conversation, because you’re responding directly to their questions in person. Well, sort of in person. Facebook Live drives comments at ten times the rate of traditional videos, and that’s mostly because your audience can get live responses from you. Don’t disappoint them!
Address comments live on air. When people see you doing this, they’ll be much more inclined to share their comments and opinions. If you’re worried about comments getting out of hand, consider having someone off-camera directing the most important comments your way during the stream.

If you’ve just been skimming this list, that’s okay—but pay attention to this tip, because it’s the most important. Remember that you’re doing this to connect with your audience above all else. This is not the time to bombard your audience with sales pitches! The goal here is to build relationships, which in turn lead to longer-lasting impressions. You don’t have to be afraid of mentioning your products or services, but keep it subtle and to a minimum.
You’re trying to be a thought leader here, which means you have to be generous with your time and your knowledge—without expecting anything. This is a viable long-term strategy that will always work better than aggressive sales pitches. When people feel cornered or pressured, they bounce. Take this time to talk to them, person to person, and solve their problems.

Nothing in marketing matters if you don’t learn from what you’re doing. Facebook has several metrics you can evaluate when it comes to your Facebook Live videos. Use those to your advantage, and learn what to do better or what to scrap for next time. You can see how many people you’ve reached, how many unique viewers you had, etc.
Since its launch in 2016, Facebook Live has seen its daily watch time grown by more than 400%. Now you can capitalize on it.
Still feeling lost when it comes to social media? We have people for that. When you’re ready to talk, we’re ready to listen.